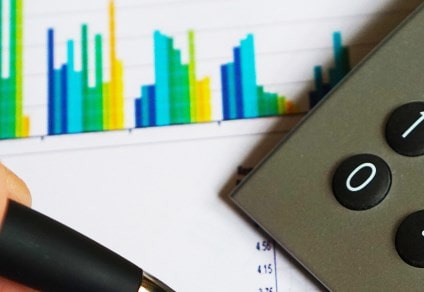 Paying off your student or personal loan early sounds like a dream. Who wouldnâ€™t want to live knowing that they have no monthly payment obligations hanging over their heads? Since the financial climate is a tumultuous one, sometimes people get an influx of cash that they didnâ€™t expect. The instinct is to put it towards debt or loan repayment. Thereâ€™s a debate amongst experts as to whether or not early loan repayment is a smart move. Many believe that paying off a loan early may eliminate some of the notable benefits that are in a loan agreement. Weâ€™ll discuss this in depth to help you make the best decisions in the future.

Early Loan Repayment: How to Approach and Handle it

Youâ€™re probably wondering, so can I repay my personal loan early? The short answer is yes. To set our scene, a lender has loaned you money at an agreed upon amount, terms and time. During this time frame, youâ€™re required to pay them back in monthly payments. Because of the size of most loans, repayment plans generally take 10 or more years to complete â€” for some, this is a long time to be constantly in a debt trap. Sometimes the feeling of paying just slightly more each month is reassuring enough that youâ€™ll sleep better at night. Early loan repayment occurs when an individual decides to pay back significantly more than required by their agreement terms so that the loan repayment will be completed sooner. This often happens when people come into some money they werenâ€™t expecting or receive raises, or acquire new jobs with better pay. 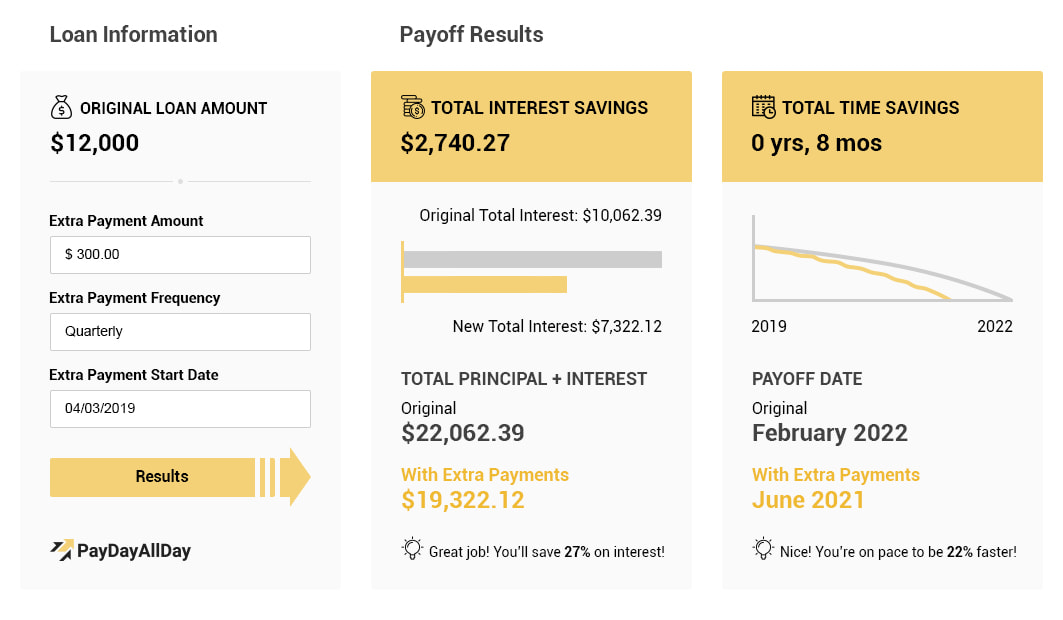 Letâ€™s explore the pros and cons of this decision involving early loan repayment & how it affects your financial situation overall. Some of the most notable pros and cons are listed below. While there are many more to take into consideration, these are the most influential ones across the board.

The big one: saving money. Since loan agreements tend to include some inflation rate on payments, paying off your loan early eliminates the chance of inflation to creep higher. Youâ€™ll pay off the loan as it currently stands in your agreement. Future inflation rates will fall away. This is one way to save a lot of money on what you would eventually be paying to the lender in the future. Inflation adds up, so itâ€™s definitely a pro to be able to avoid as much of it as possible.

With the sweeping away of debt comes the sweeping away of stress it brought to the borrowers themselves. Being able to completely pull oneself out of debt faster than expected is a sure way to a more stress-free existence. Being free of money related worries is one of the best feelings in the world and itâ€™s understandable why an early loan repayment would be preferable in this regard.

One of the benefits is the building of good credit score. By now consistently paying off your loan slowly over time, youâ€™re accumulating a positive credit report that will be beneficial later in life. This is particularly relevant for students who are entering loan agreements early in life. By showing their ability to succeed in this kind of financial deals, theyâ€™ll earn better credit benefits for later in life.

Sometimes receiving a lump sum of money is better to invest elsewhere instead of paying off your loan. You might think that getting rid of your debt is the smartest move. More often than not, taking the received sum of money and placing it into an investment account where it can gain interest will outperform the amounts youâ€™re paying on loan interest.

Some Questions To Consider

Before paying off your loan early, ask yourself:

Risks VS Benefits of an Early Loan Repayment

Of course, there are some risks and benefits to be noted when considering an early loan repayment. One of the most significant risks is that youâ€™ll have acted irrationally and with haste & will land up needing that lump sum repayment money for something else of far more importance. It should always be noted that you canâ€™t ask for money back from a lender. This is the biggest risk with paying off a loan early: the possibility that the money could have been better spent elsewhere. The benefits of early loan repayment are obvious. The peace of mind that comes with no longer being indebted to another person or establishment is definitely a preferable state of life. Whatâ€™s more, if the early repayment with a lump sum of money works out, and you donâ€™t encounter any financial problems in the near future, then you ultimately made the right decision! 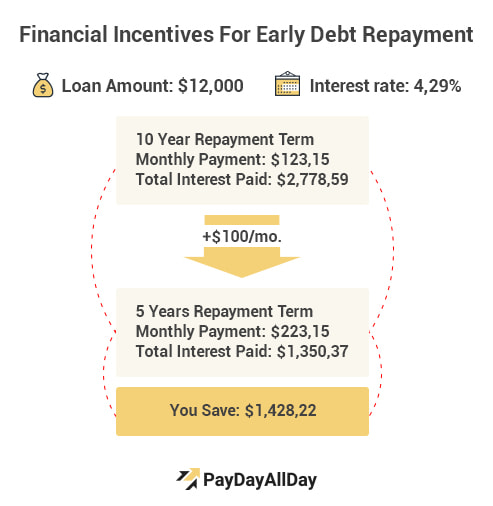 The Procedure of Early Loan Repayment

If youâ€™ve made the decision to go forward and pay off a loan early, there are a number of routes to take to get there.

Whether itâ€™s a lump sum or simply a large profit, send it directly to your lender and let it be done with. Being disciplined in this regard can be tricky, as the mind wanders to other things that you could potentially use the cash for. If your goal is to pay off your loan early, then send the money. Itâ€™s as simple as that and the surest way to get you to your goal as efficiently as possible.

If early loan repayment in one lump sum isnâ€™t possible, but youâ€™d like to get out of your agreement earlier, then adding one extra payment per year is another way of getting there. Many people do this by dedicating their 13th cheque at the end of each year solely to loan repayment. In the long run, doing this can shave a year or two off of the total loan repayment period and get you in the clear slightly faster. Moreover, there are other proven ways to earn fast cash.
Best Practice: It might not feel like much, but the additional payments per year do add up and will be a welcome relief when youâ€™re out of your loan earlier than planned.

Changing your repayment scheme from monthly to bi-weekly can make a big cut to the total repayment time of the loan. It wonâ€™t be as big of a difference as some of the other payment options but will certainly cut a significant period of repayment time off your loan.
Best Practice: Bi-weekly payments will only slightly affect your daily expenses. It usually isnâ€™t notable enough to cause concern. In the long run, youâ€™re saving money by getting the loan completed earlier so the slight amount you lose on expenses is fully compensated for in the end.

Successfully getting your loan repaid early comes with the very welcome consequence of no longer being under the ball and chain that is debt. Sometimes debt consolidation is a good option for some people for their financial freedom. It should be noted that one of the most significant consequences to come from early loan repayment is, on occasion, an early repayment fee that will be enforced by the lender. Since youâ€™ve chosen to pay off your loan early, the lender will be losing out on months, or years, worth of interest. Sometimes an early repayment fee is charged so that the lender still benefits from the loan. Youâ€™ll have to discuss these terms with your lender upon deciding to early repay. Usually, a paying off personal loan calculator can help give you an idea of what to expect.

Before jumping into the decision to pay off your loan early be sure to consider the nature of the investment that youâ€™re in and the pros & cons that would come with your decision. Itâ€™s not for everyone, but it can be for some. Get familiar with your loan and prepare a debt management plan today so that you can make the best decision for your repayments tomorrow!

We strive to provide accurate information regarding personal finance and debt management, but it may not apply to an individualâ€™s situation directly. This content is for informational purposes only and should not be considered as financial advice. PayDayAllDay.com wonâ€™t bear any responsibility in relation to personal decisions made based on it. You should consult your financial or tax advisor before making any financial decisions.
References and Sources
1. Are There Penalties for Paying Off a Personal Loan Early? Nasdaq.com Available at https://www.nasdaq.com/articles/are-there-penalties-paying-personal-loan-early-2016-10-27 2. How to Pay off Debt Early. Thebalance.com Available at https://www.thebalance.com/how-to-pay-off-debt-early-315571 3. By Lauralynn Mangis. Advantageccs.org. What Happens When You Pay Off A Loan Early? Available at https://www.advantageccs.org/blog/what-happens-when-you-pay-off-a-loan-early/ 4. Estimate Loan Payments and Costs. TSP.gov Available at https://www.tsp.gov/PlanningTools/Calculators/loanPayments.html